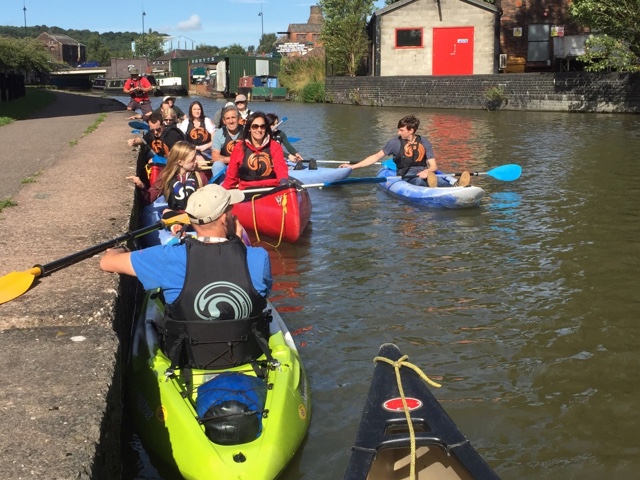 As part of the Stoke-on-Trent's European City of Sport status for 2016, PHS was approached to work in partnership on an exciting project to create the city's Heritage Canoe Trail. The Council's officers, who led the project, teamed up with Canal & River's Trust and British Canoeing - to bring about the physical improvements needed on the route - and a group of enthusiasts from the Potteries Paddlers to help design and test the route. PHS's role was to contribute the heritage text that narrates the route and identifies places of historical interest along the way.

The 20-mile trail runs from Westport Lake on the Trent & Mersey Canal and takes in the whole of the Caldon Canal's main line to Froghall. But, as tackiling the full trail in one go would give the most ardent paddler pause for thought, the accompanying guide provides a list of access points and suggests a number of shorter trips. The guide also identifies camping sites and other stopping points along the way, as well as safety tips and other useful information for those taking to the water.

Together with our partners, we were keen to make sure that the heritage guidance was relevant from the perspective of someone sat in a canoe or kayak with their eyes just a couple of feet above the water. Fortunately our Society includes people with the stoicism to put in the necessary reconnaissance. We were also able to offer advice on the position of information totems and the location and design of launching platforms. 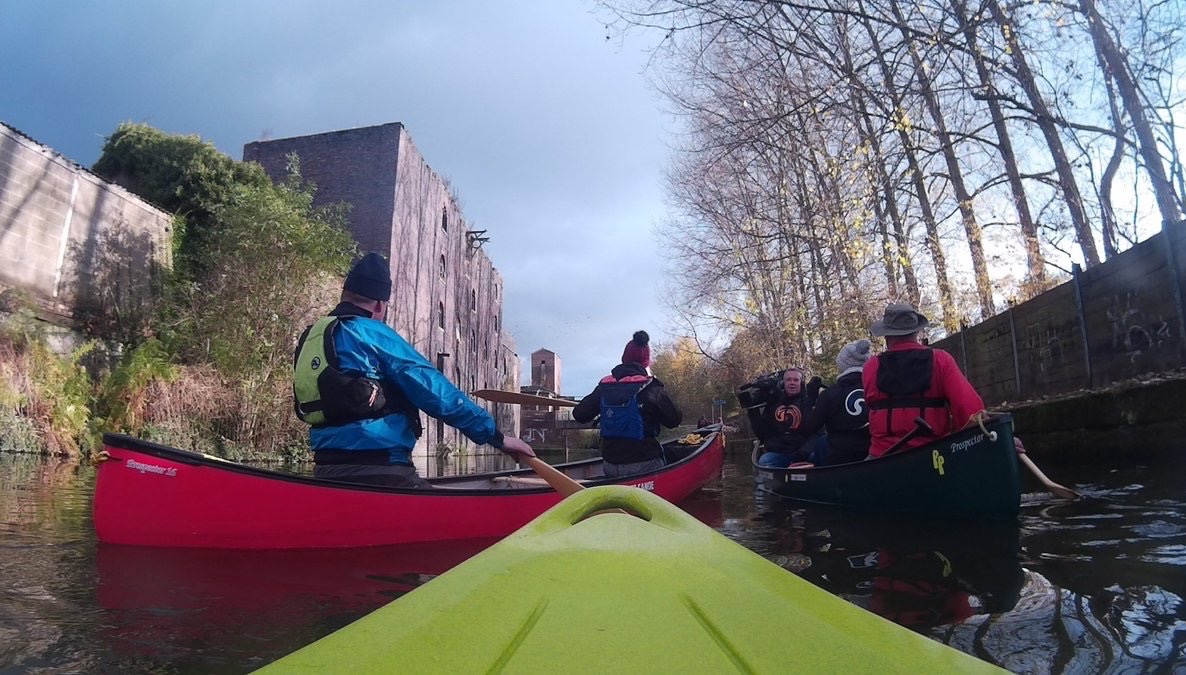 The Trail was officially launched as part of Heritage Open Days on 11th September by the Lord Mayor of Stoke-on-Trent, Anthony Munday. The day was also chosen to co-incide with the Heritage Canoe Journey tours between Westport and Etruria guided by PHS's Andy Perkin with the aid of a megaphone. Several other events were organised over the summer as part of the City of Sport programme, at which the City Council made its newly-acquired fleet of canoes, kayaks and paddle boards available to the public.

The profile of the project was given a boost when it came to the attention of the BBC. The partners laid on a trip for their reporters on 7th November and the Trail was featured on both Radio Stoke and Midlands Today the following evening.

Plans are already in place to extend the Trail with details of the Caldon Canal's Leek Arm and for a Trail "Part 2" covering the route from Etruria Junction to Stone. The additional sections will mean that nearly all of 14 miles of canal within the city will be on the Trail.

The Heritage Canoe Trail guide can be accessed online here and copies will be available at the Potteries Museum. 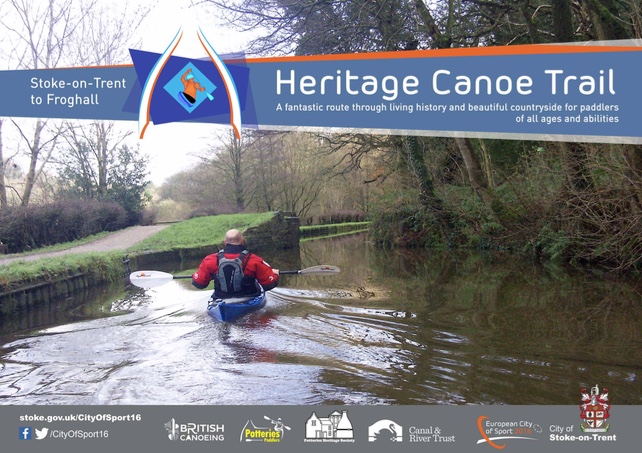